If you’ve been reading this blog a while, you probably know that there’s no such thing as “having to pick a niche” to be successful. After all, there are several famous authors who wrote and write in various genres. And many freelance writers who can make a living from their work have adopted various streams of income.

This week, we’re learning more about Emma Donoghue. You *might* have heard of her when her best-selling novel, Room, came out, or when you watched the highly acclaimed film based on the novel.

Emma Donoghue’s debut novel, Room, has sold over two million copies. It was shortlisted for two literary prizes—the Man Booker and the Orange Prize. It’s a bit of a polarizing novel: those who love it, really love it, and those who hate it, really hate it. I’m in the former camp. 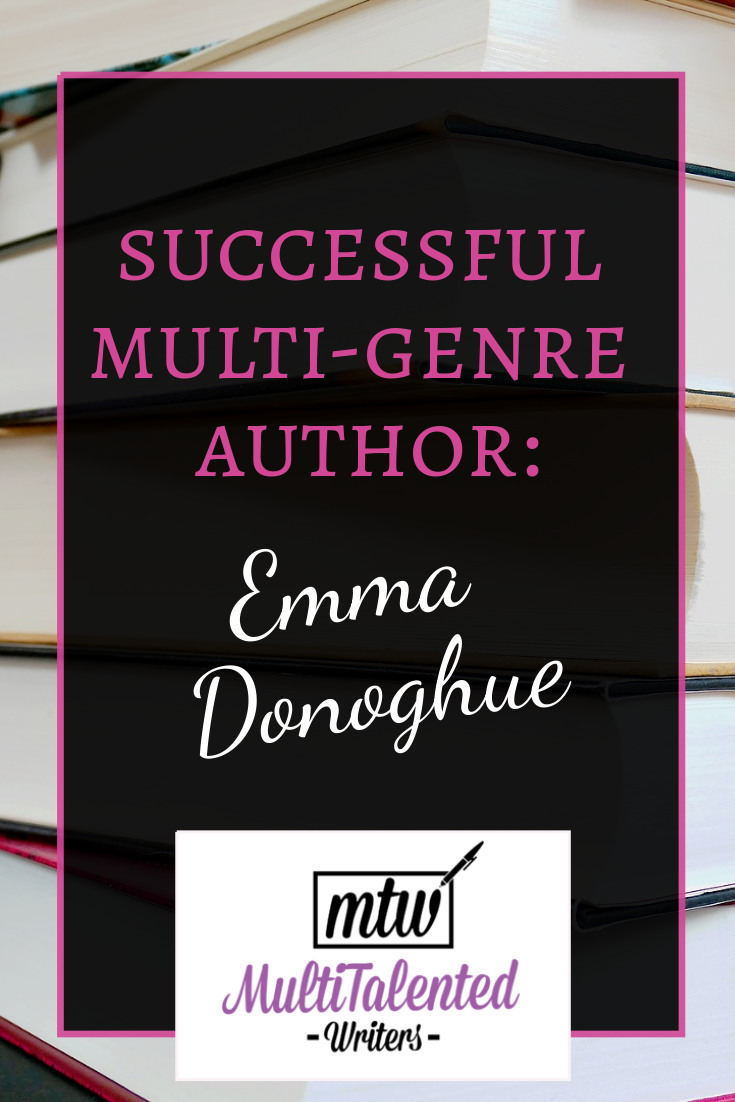 I’ve read Room and I really loved the way it was written—I thought it would be how a 5-year-old who hasn’t had any interaction with the outside world might speak, but maybe that’s just because when I read it, I had a child who had a severe speech delay (my kiddo has since come a long way in his speech development).

I also watched the film and thought Brie Larson deserved every bit of the Oscar she got for her performance. She was brilliant and the film was really well done. Personally, I think “Room,” the novel, defies genre classification in a way. It has suspenseful moments, to be sure, but I don’t believe it’s a suspense novel. It has some psychologically thrilling moments, but it’s not a psychological thriller, either. For the moment, let’s call it a suspense novel.

The Irish-Canadian author has also written screenplays—she wrote the screenplay for Room as well as the script for a 10-minute short. And finally, she has written scripts for the stage, too. Oh, did I mention she’s also written fairy tales? Some of her stage adaptations come from these.

Emma Donoghue is a highly successful author who didn’t fall prey to the obsession with picking just one genre and sticking to it. Why should you?

Be sure you pick something to start with (so you do), but don’t go on believing that only niche writers are successful. That’s just not true.