Coworking spaces are all the rage now, especially in large urban centers. But even in small cities, these shared work locations are becoming popular. Today’s guest post, by Wendy Jacobson, will help you decide if a coworking space might be right for you.

Are Coworking Spaces Worth the Expense?

A coworking space is a shared working environment where those who use the space are usually not employed by the same organization. Rather, workers are usually independent contractors, freelancers, solopreneurs and the like.

Some coworking providers have been around for decades, while others are just opening their doors. Most, however, offer their clients a variety of options, including a “hot desk” available on a first-come-first-serve basis, full dedicated offices, and everything in between.

While some freelancers and solopreneurs choose to work from home and others opt for a local coffee shop, coworking spaces (sometimes referred to as collaborative spaces or shared offices) offer benefits that a home office and Starbucks can’t. Here are 5 benefits of coworking spaces that freelancers should consider. 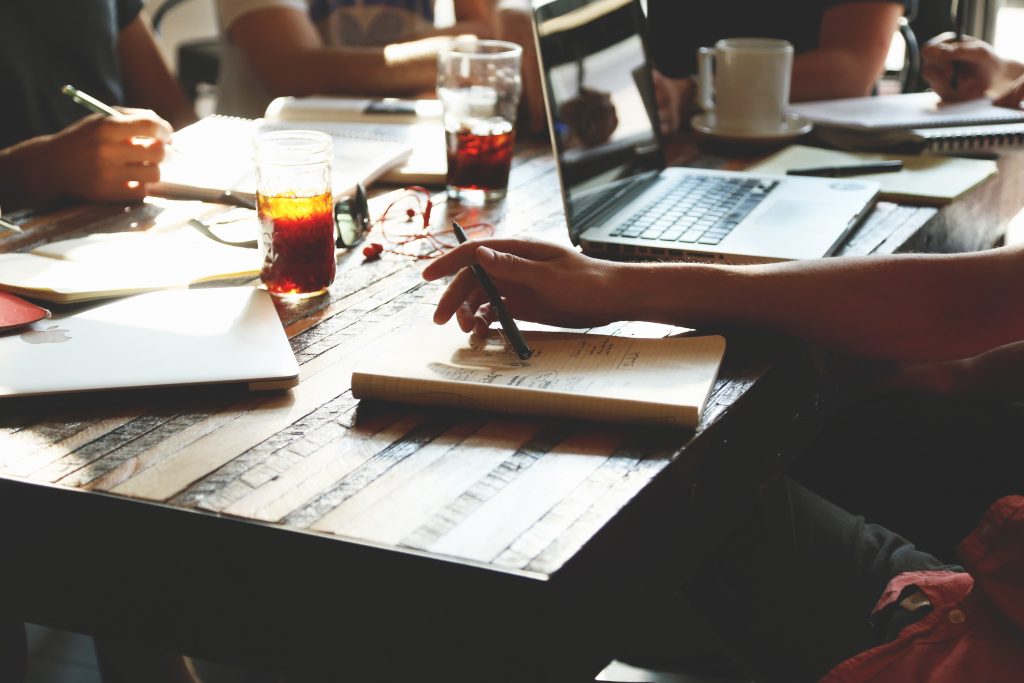 For freelancers who want flexibility, coworking spaces offer a great alternative to a traditional office.

Along with the flexible options in office space comes flexible and affordable pricing. Many people consider a coworking space because they don’t need a full traditional office, nor can they pay for one.

Ben Theis, owner of a web development and digital agency in Minneapolis, Minnesota, has been using a coworking space for the last five years. For $79 a month, he can work in the common area of his coworking space any time he wants. Price, however, was not the only driver for Theis. He says the flexibility was a big factor in his decision.

“I chose a coworking space because of the flexibility the space provides, the commodities that come with it, and the price,” says Theis. “I love the opportunity to work from home, but I wanted options. Coworking is so much better than a noisy, unprofessional coffee shop, and much cheaper than four walls and a desk, which I do not need for my business.”

In addition to flexibility in space and pricing, a coworking space also provides an alternative when you need to get out of the house. 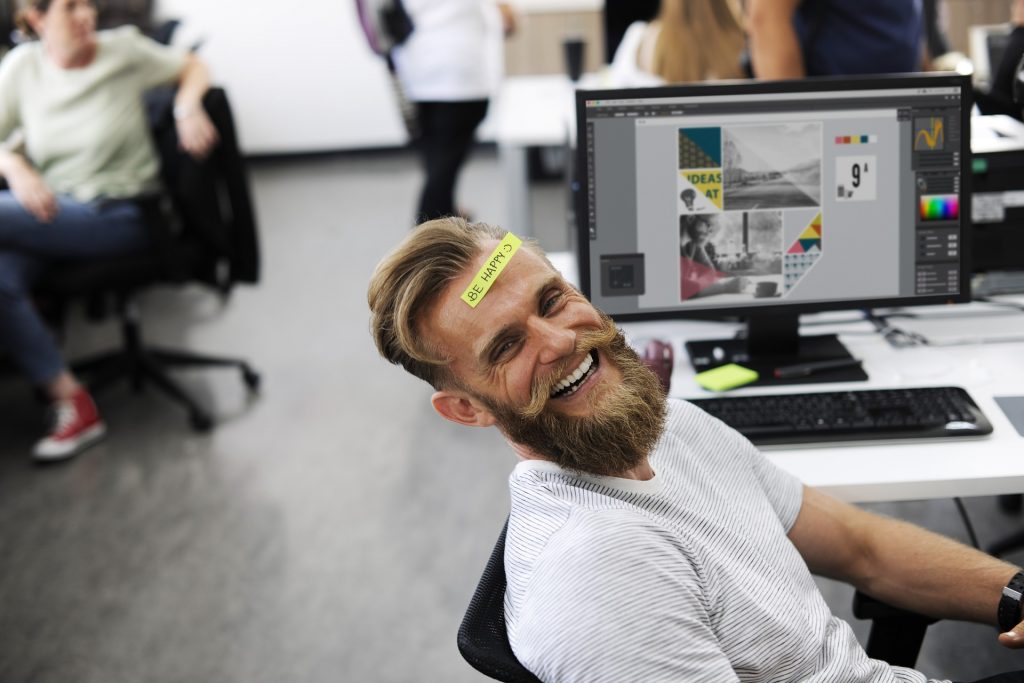 Many freelancers work from their home, which has its perks. But for some, having a separate place to go is a must. Working from home can be isolating for some, and for others, it can be hard to separate work and home. That was the main driver behind Randall Meeker’s quest to find a coworking space.

“Having worked out of my home my entire life, I was sick of it; I would never leave,” says Meeker, a software developer. “When your home is your office and you don’t have many meetings or activities outside the house, it is hard to create a work/life balance, since your work is always just a few feet away.”

After he moved to Minneapolis seven years ago, he began using a coworking space once a week. Now, he has a private office that he uses regularly.

When he is home, Meeker notes that he is much more relaxed because of the clear separation. And he is not alone.

A study by employment engagement software company OfficeVibe found that 60% of respondents felt more relaxed at home since starting to use a coworking space.

If people are more relaxed at home as a result of separating their work space from their home life, then it makes sense that they will see an increase in productivity.

OfficeVibe’s survey found that 64% of people who use coworking spaces are better able to complete tasks on time, and 68% are able to focus better at their coworking space than at home or a coffee shop.

Mariana Abeid-McDougall of Kingston, Ontario agrees. She is relatively new to coworking, but has noted how much her productivity has increased since moving her office from her home to a coworking spot two months ago. She had been working from home as a freelance writer and editor while homeschooling her children, but she realized she needed a separate place just for work.

“Having my own space has tripled my productivity, since I don’t have the distractions of home while I’m trying to work,” she says. “Having young children around makes it difficult to work effectively, which is why I’m willing to pay the extra bit to use this space.”

Along with the increase in productivity is an increase in the number of people that you see and connect with. 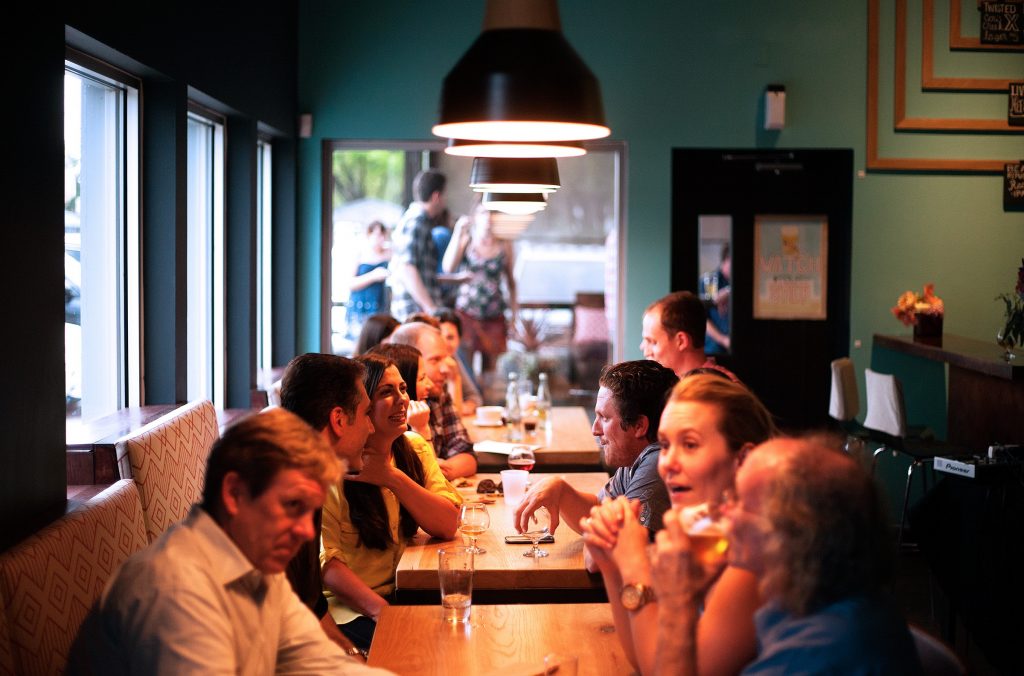 Let’s face it; traditional networking events cause sweaty palms and heart palpitations for many. Walking into a room of strangers, wearing a nametag, and wondering who to talk to can be a huge drag. But networking with people who you see often in an office setting can be quite different and more fruitful.

It is true that just like at conventional offices, “water cooler talk” also exists at coworking spaces. And it provides a great opportunity to get to know the other coworkers around you—in fact, water cooler talk is just a more relaxed term for networking, and instead of feeling forced, it’s more natural.

That was another plus for Abeid-McDougall. “I’m a very extroverted and social person, and I was craving face-to-face interaction with other entrepreneurs,” she says.

Jason Jones of Minneapolis concurs and appreciates the networking opportunities when he’s not working with clients at his coworking space. Plus, he enjoys the energy from others around him.

“Being around other people when doing administrative tasks and having some social aspects to work outside of clients adds a great deal to my day,” he says.

Jones also looked for a coworking option that will allow him what he needs now, but also will enable him to grow into something more as his business grows.

5. Growing your business into more space at an affordable rate 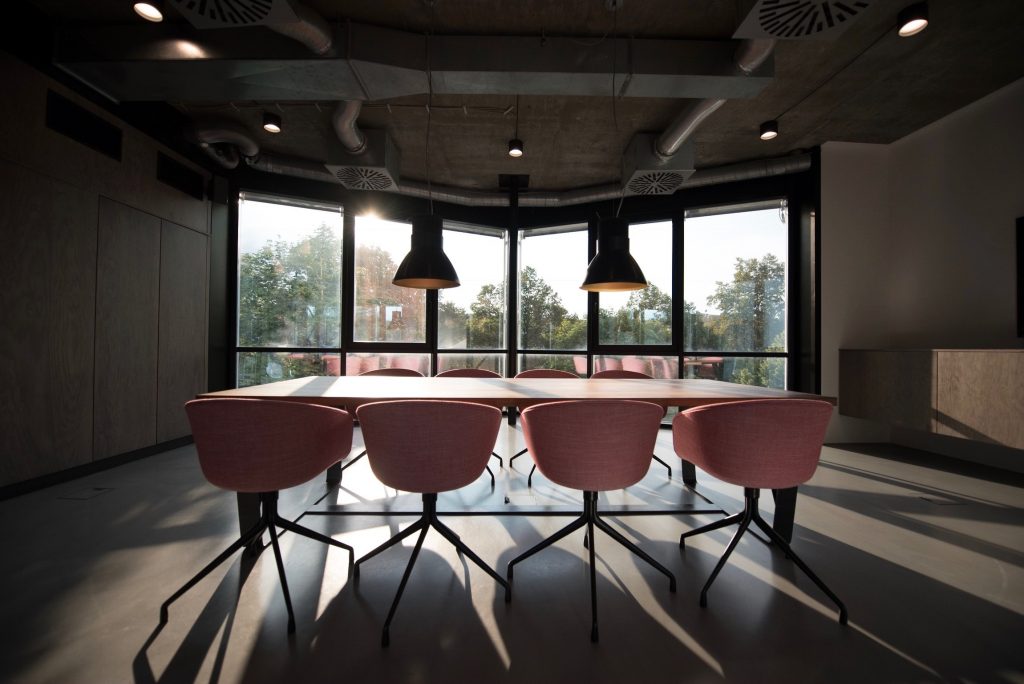 Some freelancers will naturally need or want more space as their business grows. Their coworking space provider will most likely be able to provide this extra space. That means no big moves, no change of address on business cards, and no hassle, saving the freelancer time and money.

“I chose the space because I could pay for a conference room for confidential meetings and trainings without the overhead of an office space that I don’t need at the moment,” says Jones. “The cost is very reasonable and as my business grows, I will continue to access more space that I can use more regularly.”

Renting a coworking space can be a smart move for many entrepreneurs. There are several advantages, and we’d love to know if you agree.

Do you use a coworking space, and if so, why did you choose one? What has the experience been like for you? Let us know by commenting below!

Wendy Jacobson is a freelance writer and content strategist living in Minneapolis, MN. When she’s not creating copy for her clients, she likes to spend time with her husband, two kids and dog. Some of her favorite activities include taking walks with her family, working out, and more specifically, jumping rope. You can learn more about her at http://www.wendythepooh.com/