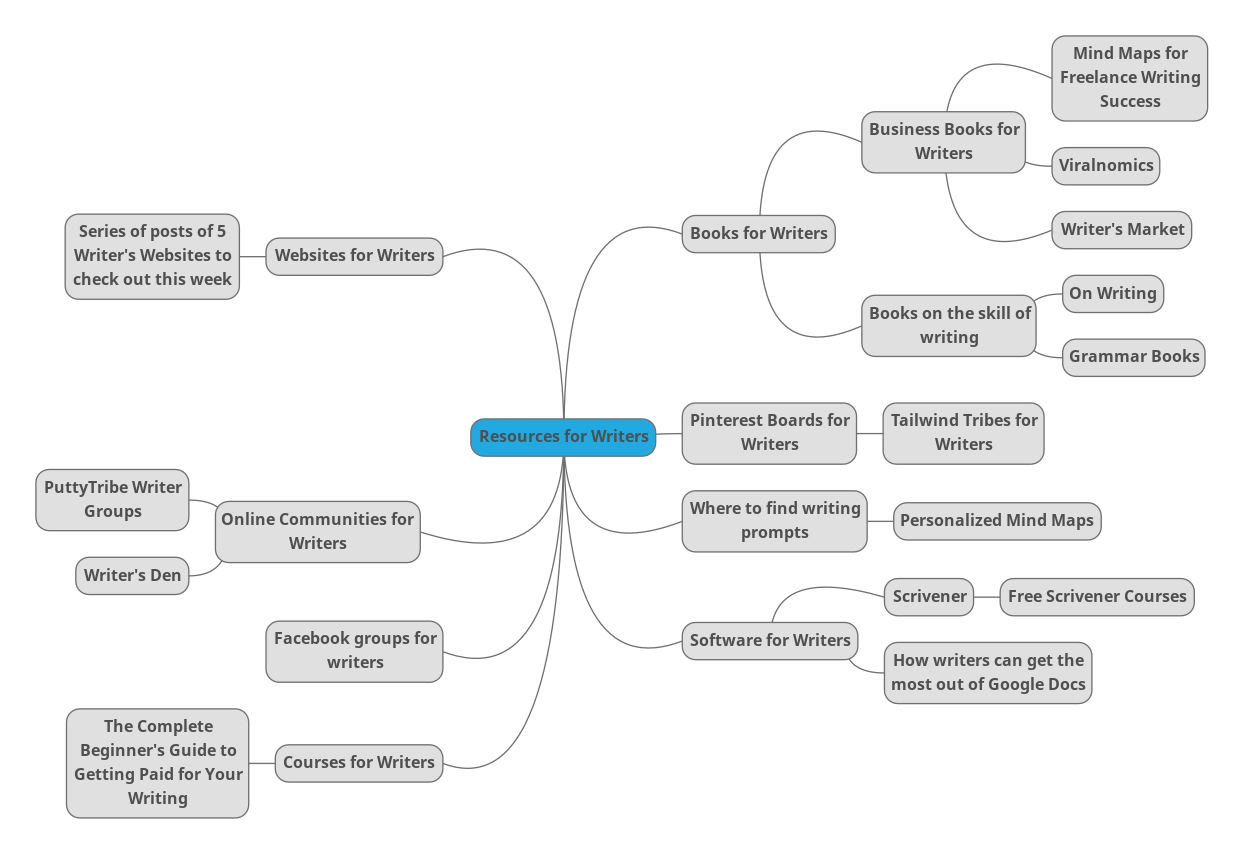 In honour of Canada’s 152nd birthday, this weeks’ mind map is about Canada! If you want to start a blog about all things Canadian, here’s a content creation mind map to get you on your way. Before we get into the mind map, here’s a little information you may or may not know about how Canadian I am 🙂 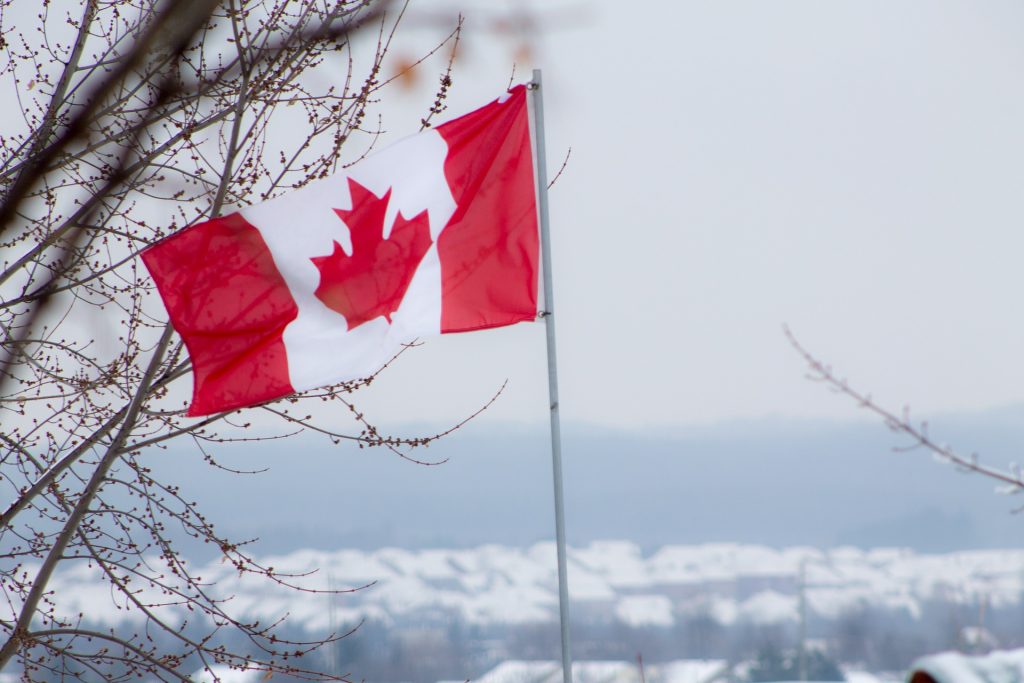 I came to Canada as a landed immigrant on December 23rd, 2000. Within a year, I had joined the Naval Reserves, and within three years, I had taken my Canadian Citizenship exam and become a Canadian citizen.

To the very few who make assumptions about the nature of my relationship with my husband: let it be on record that he proposed to me in 2005, a full year after I earned my citizenship all by my lonely self, thank you very much. You’d be surprised the questions people ask. But I digress.

I have fully embraced being a Canadian: saying sorry far too often, peppering my talk with “eh,” pronouncing the word “again” in a way I swore I never would, and saying “about” (not aboot) with a thicker Canadian accent than even my Canadian-born husband.

I love Canada with all my heart. I have visited every province in the true north strong and free, and this country is gorgeous. Despite hating winter, I can deeply appreciate Canada’s distinct seasons and how our scenery changes—an opportunity for renewal of our environment and of ourselves at least four times a year (and sometimes several times in a day). Yes, I’m Canadian. But I’m Brazilian, too.

While I’ll always be Brazilian, after 19 years in Canada (and 23 years away from Brazil), I do feel more red and white than I do yellow and green. Yet I’m both; and thus is the life of an immigrant, especially one who left their home country as young as I did, at 15 years old.

Our lives are full of contradictions, of embracing and letting go, of earning new friends and losing old ones, of growing together and growing apart, of hanging on to tradition and accepting a new way of life. And despite all my complaints about winter, I’ll take it any day if it means living in this beautiful country, with all the freedoms it affords me.

If you’d like to write about Canada, here are some of the things you could start with.

Let’s talk Canadian sports. The obvious is hockey, of course, but you could also discuss lacross, ringette, swimming, bobsleigh, skeleton, extreme sports, summer sports, winter sports, add to the buzz about the Toronto Raptors, who just won the NBA championships for the first time, and so much more. How about murderball? Wheelchair rugby was actually invented in Canada and it has a good following—and no wonder; it’s an awesome sport! I’ve seen an Ontario ParaSport wheelchair rugby game live and it was intense!

You could write about Canadian food: All the deliciousness of maple syrup, write a humorous post about beaver tails to scare the tourists (only to reveal this awesome treat has no beaver meat in it and is actually quite sweet). You could write about the (in my opinion) inexplicable popularity of poutine, or talk about how European cuisine has influenced our dinner plates.

Into history? How about lending a voice to the truth of the barbarities done to our Indigenous peoples?

Interview survivors of the awful residential schools, encourage people to read Indigenous authors, share indigenous art, or report on the truth and reconciliation commission and the inquiry on missing indigenous girls and women. 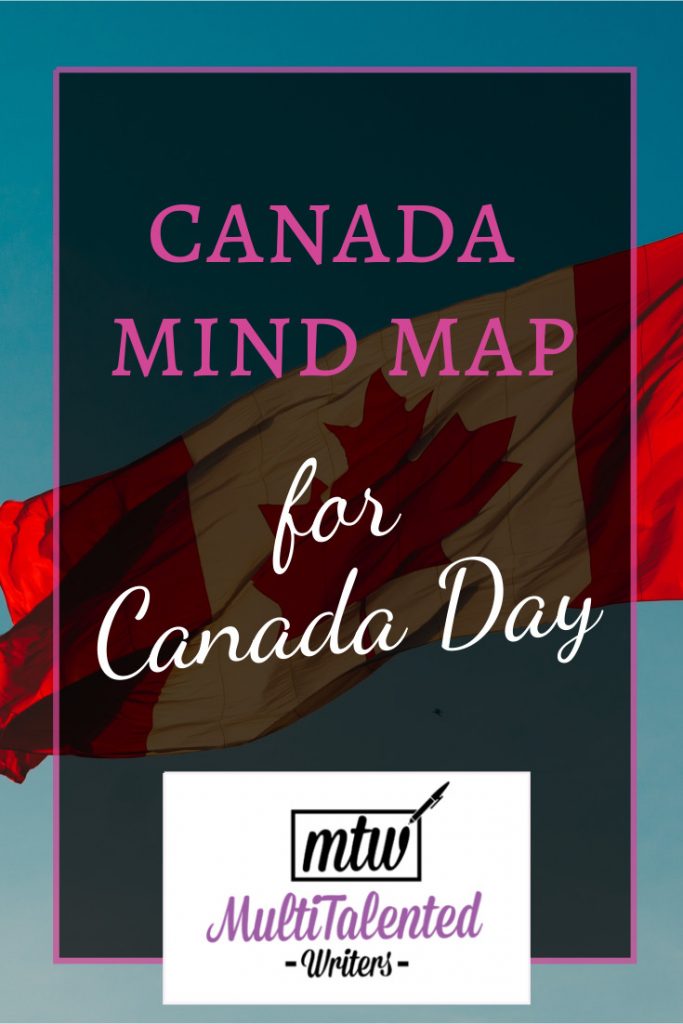 You could also write about Canada’s military and the role it played in the World Wars and other conflicts. Write about something no one ever talks about: Canada’s role in the slave trade.

Want to write about a lighter topic? Make fun of our never-ending winters, or give practical tips on how to cope with the inevitable dry skin or the cold weather blues. Into fashion? Explain how to look good while wearing 6 layers.

Feeling patriotic? Write about Canadian identity and how everyone you meet assumes you’re polite—and tell us if that’s actually true.

Or face Canada’s #1 identity issue head-on and challenge the idea that we have a great health care system. Read Chronic Condition and discuss the ideas put forth in the book, or simply talk about your experiences being dismissed because there simply aren’t enough doctors or beds to go around.

Be bold and write about tougher topics

Encountering weird anti-immigration posts on social media? Lend your voice to show your readers that immigrants stimulate our economy and have something to bring to our country, defend those who aren’t strong enough to defend themselves, offer suggestions on how people can help those who left everything behind for the hope of a better life, or dispel myths about money going to refugees instead of vets.

Into world cultures? Write about how Canadian identity, politics, and day-to-day life has been and is influenced by immigrants, colonists, and more, for better or for worse.

If Canada is your country and writing is your thing, there are endless possibilities for what to write about. So stop putting off that blog and start writing about Canada.

Want even more mind maps and information on how to use them to grow your writing business? Be sure to check out my book, Mind Maps for Freelance Writing Success, on Smashwords.